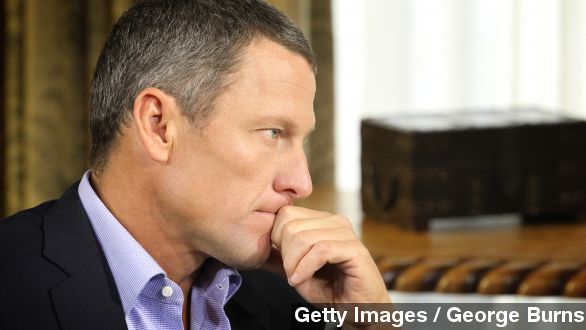 Embattled cyclist star Lance Armstrong is back in the spotlight for allegedly hitting a parked car while in Aspen, Colorado — but he's letting his girlfriend take the blame for it. (Video via BBC)

The Aspen Daily News broke the story Tuesday, claiming that according to a police report, Armstrong's girlfriend, Anna Hansen, took the blame for the accident in a "joint decision" between herself and Armstrong.

A detective quoted her as saying:

And, sure enough, many national media outlets have picked up the story. Of course, the story is now more salacious because of the alleged cover-up.

The Aspen Police Department released these photos of the damaged car to local Denver station KCNC.

"Did you ever take banned substances to enhance your cycling?" Oprah Winfrey asked Armstrong during an interview.

Armstrong's fall from grace came in 2013 when he admitted to using performance-enhancing drugs. And despite having his Tour de France titles stripped, he recently told the BBC if it were 1995, he'd "probably do it again."

He has not commented on the story out of Aspen.