Lamar Odom Moved To LA Hospital As His Condition Improves 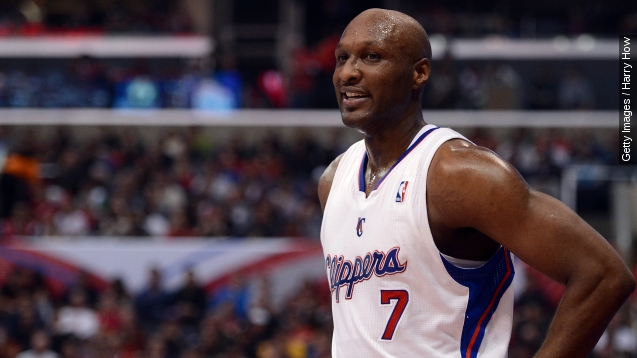 After fighting for his life last week, Lamar Odom appears to be making significant improvements.

Multiple media reports say the former NBA player was transferred Monday night from Las Vegas to a hospital in Los Angeles, where he's expected to get more specialized treatment.

It's another sign of Odom's improving condition, coming a day after the Los Angeles Daily News reported Odom was beginning physical therapy to see if he could walk.

Although E! reports Odom is not able to stand up yet, the former reality TV star has seen great improvement since being found unconscious at a Las Vegas brothel last Tuesday.

On Monday, JaNean Mercer, Odom's maternal aunt and godmother, said in a statement, "Lamar has always been blessed with a tenacious, fighting spirit, overcoming insurmountable obstacles to achieve the impossible. These past few days have been no different."

Odom is reportedly breathing on his own, but long-term brain damage from the incident is still a possiblity.