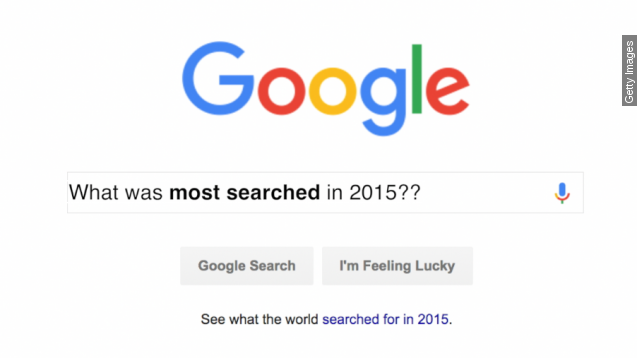 SMS
Lamar Odom, 'Jurassic Park,' Paris: What Was 2015's Top Google Search?
By Jamal Andress
By Jamal Andress
December 16, 2015
At the top of Google's annual list of its top searches are Lamar Odom, the tragic attacks in Paris and dinosaurs on the big screen.
SHOW TRANSCRIPT

Another year, another list of top searches from the world's most popular search engine.

"His name is Lamar Odom, and we knew it, long before he got married on a TV show we don't watch," Scott Van Pelt said on SportCenter.

The top search of the year was Lamar Odom. Odom, a two-time NBA Champion, who fell from grace shortly after marrying into the Kardashian family, was found passed out in a brothel in Nevada in October. Odom has since recovered and rescinded his divorce with Khloe Kardashian.

The other two public figures to make the top searches list include, Ronda Rousey and Caitlyn Jenner.

"Jurassic World" was one of three films in the top 10 list; "Furious 7" and Clint Eastwood's "American Sniper" were the other two. This year, "Jurassic World" became the third highest grossing movie ever and claimed the fourth most searched on Google's list.

The tragic attacks that struck Paris this year were also both included. Charlie Hebdo was the second most searched item on the list. Two men armed with assault rifles raided the satirical magazine, killing 12 people. That attack came just 10 months before terrorists struck Paris again.

The November attacks in Paris garnered the most searches in one month with more than 897 million searches.