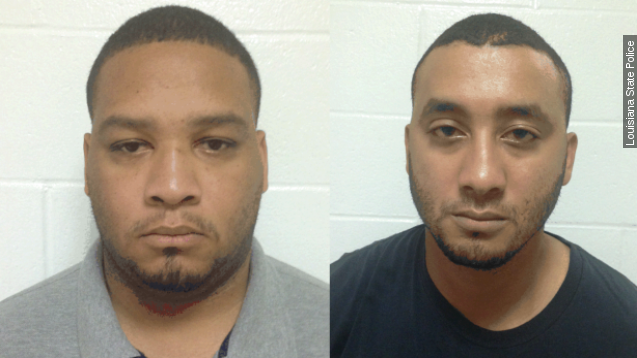 SMS
La. Police Officers Charged In Shooting Death Of 6-Year-Old
By Ben Lawson
By Ben Lawson
November 7, 2015
Louisiana State Police are investigating what led to the shooting of 6-year-old Jeremy Mardis and his father.
SHOW TRANSCRIPT

Two Louisiana police officers have been arrested following shooting that left a 6-year-old with autism dead and his father critically wounded.

Officials say Few led officers on a short chase before stopping on a dead end road. Few's fiancée told CBS the chase may have started after the couple had an argument on a city street.

Investigators haven't said what led to the shooting but have confirmed body camera footage was among the evidence that led to the arrest. Louisiana State Police are handling the investigation.