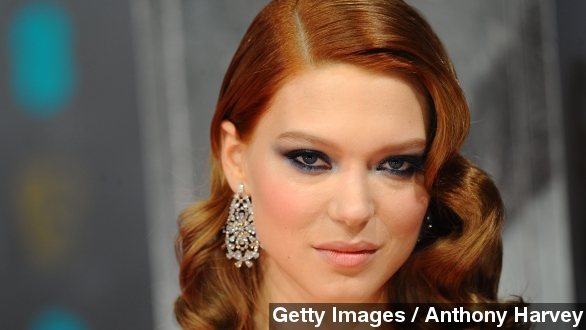 By Ben Lawson
October 10, 2014
Léa Seydoux will star alongside Daniel Craig in the 24th installment of the Bond franchise.
SHOW TRANSCRIPT

It looks like the next 007 film has finally found its Bond girl. The Daily Mail is reporting French actress Léa Seydoux will star opposite Daniel Craig in the upcoming 24th installment of the legendary franchise.

But it was her leading role in 2013's "Blue is the Warmest Color" that really launched her career.

It was rumored director Sam Mendes was initially looking for a Scandinavian actress to star opposite Daniel Craig, but he apparently changed his mind.

The Daily Mail reports Seydoux will undergo a series of costume, make-up and camera tests over the next few weeks to design a look for her character. The film is schedule to begin production in about six weeks.

Her character has been described as a "femme fatale," so it appears fans can expect a little villainy from Seydoux.

A writer for Cinema Blend is pretty excited about the casting decision, saying he hopes Seydoux will "combine the Bond girl of the '60s and 70s with a more modern take on the character."

Bond 24 is scheduled for a November 2015 release. The film's official title and storyline are yet to be announced.