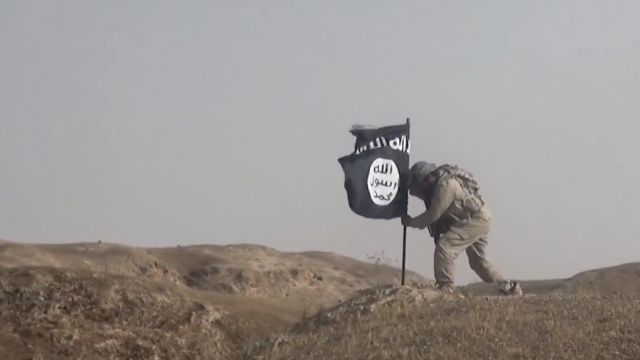 SMS
Kurdish Official Says ISIS Executed 250 Women In Mosul
By Matt Picht
By Matt Picht
April 20, 2016
The terrorist group has been accused of forcing Mosul women into arranged marriages and executing those who refuse.
SHOW TRANSCRIPT

As the operation to retake the city of Mosul from ISIS ramps up, anti-ISIS forces are detailing some of the atrocities committed by the terrorist group.

An official for the Kurdistan Democratic Party told Iranian news agency ABNA ISIS has been forcing women into arranged marriages with ISIS fighters — and executing women who refuse. The official said "at least 250 girls have so far been executed ... and sometimes the families of the girls were also executed."

Mosul fell to ISIS in the summer of 2014. Since then, the group has been taking pains to portray their occupation of the city as benevolent. But ISIS' reign has been particularly oppressive to women; the group practices sex slavery and requires women to adhere to a strict set of rules.

The push to retake Mosul began last month, and President Obama says he expects the city to be ripe for the retaking by the end of the year.

This video includes clips from Rudaw and the Iraqi Ministry of Defense.