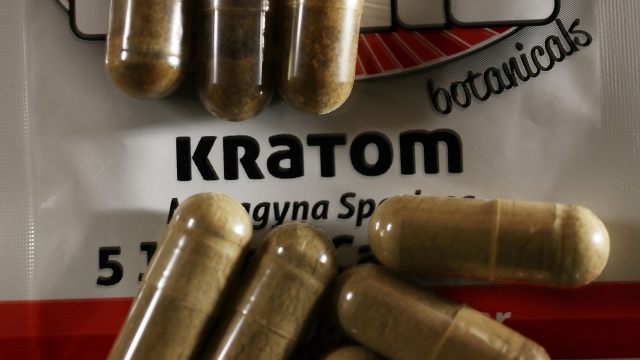 SMS
Kratom Could Be Moved To Illegal Drug List As Soon As Friday
By Lindsey Pulse
By Lindsey Pulse
September 29, 2016
The DEA is facing a lot of backlash over what some call a "hasty" decision.
SHOW TRANSCRIPT

Kratom, the drug opioid addicts use to to wean themselves off hardcore narcotics, could become illegal Friday.

The Drug Enforcement Administration plans to move kratom to its Schedule I drug list — making it illegal to possess and sell. Online dealers are reportedly scrambling to sell their stocks, and users are rushing to buy it before the designation is official.

Drugs in the Schedule I category have no accepted medical use and are considered to be extremely addictive with a high frequency of abuse. Heroin, LSD and ecstasy are all on the list.

Kratom originated in Southeast Asia, where it's brewed into drinks or chewed. People tout it as a way to treat depression, anxiety and addiction.

Over the past few years, as the opioid epidemic took over the U.S., kratom began appearing.

The decision to move kratom to the Schedule I list was announced months ago, but according to Forbes, Friday isn't necessarily when the move will take effect. It's just the earliest the DEA can issue an order for it.

The new designation hasn't been met with much enthusiasm.

This week, more than 50 U.S. representatives penned a letter to the DEA denouncing its "hasty" decision, and one researcher from the University of Mississippi said the designation is "a disservice to science."

The ban has also inspired marches at the White House and petitions with more than 130,000 signatures.

Despite the protests and opposition from scientists, the DEA has not shown signs of reversing its decision.