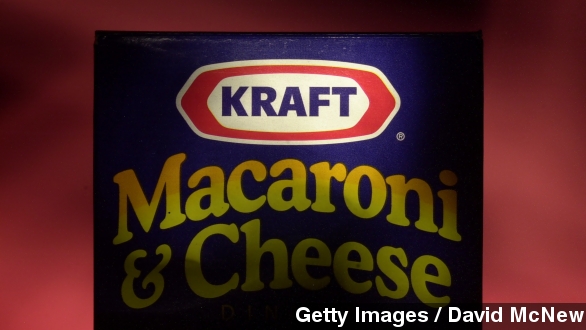 Gooey, creamy, delicious and recalled. Kraft is recalling more than 240,000 cases of its popular macaroni and cheese dinners.

In a press release, the company says the recall was voluntary, prompted by concerns some boxes contained "small pieces of metal."

No details on how that might have happened, but Kraft said the cases possibly affected were sent to the U.S. and "several other countries" — but not to Canada.

Which is good. Kraft Dinner is pretty popular in Canada.

You'll want to look for the code "C2" below that date. Those are the only boxes affected, but you can check the press release link in our transcript for the specific manufacturing codes being recalled.

"It's hard to sleep when I know the babysitter is helping herself to a late night helping of my mac and cheese. ... She will not be asked back.," someone said in a Kraft commercial for its macaroni and cheese.

According to Fox News, more than 1 million boxes of Kraft macaroni and cheese are sold every day.