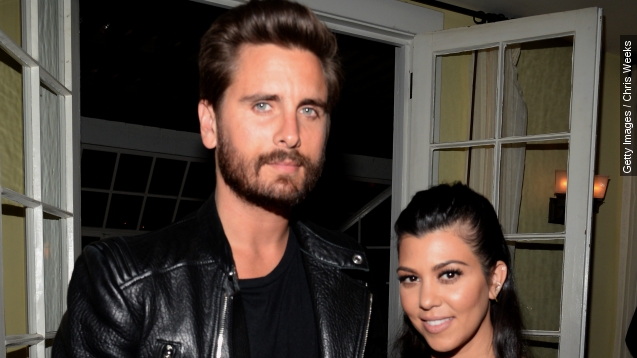 “Kourtney dumped him after she saw the pics [in Monte Carlo] and he hasn’t been home after a month-long party binge,” a source told E!.

The couple, who started dating in 2006 but never married, have three children.

It’s hard to say whether or not this break up will last – after all, the couple have been notoriously on-and-off throughout their nine year relationship.

But this just might have been the breaking point. Scott’s substance abuse problems have gotten increasingly worse in recent months, even resulting in a stint at a Costa Rican rehab facility.

In March, Scott said in a statement, "I realize my issues are bigger than me and I'm ready to truly remedy this struggle I continue to battle." (Video via E! / "Keeping Up With The Kardashians")

It doesn’t seem like the rehab helped. Since then, Scott has struggled to keep it together, attending events and family vacations under the influence.

A source told E!, "He's been in trouble before, but this is on another level."

While Scott spent the holiday partying in Europe, Kourtney remained at home with their children.

According to TMZ, Kourtney did what she thought was best for her kids.

And that seemed fine for Scott, who was reportedly already telling people in Monte Carlo he was "newly single."