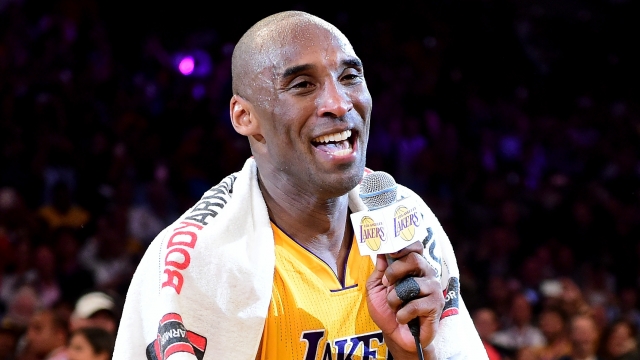 SMS
Kobe Bryant's Final Performance Capped Off A Wild 2016 NBA Season
By Calvin Stovall
By Calvin Stovall
April 14, 2016
The 37-year old closed his career with an amazing comeback, capping off a 2016 NBA season we had to see to believe.
SHOW TRANSCRIPT

Nobody expected a 37-year-old Kobe Bryant to score 60 points in his final game — not even Kobe.

When you hear Kobe's points came on a career-high 50 shot attempts, it's a little more believable. But even the Black Mamba didn't expect to lead his team from down 15 to a storybook win to close the worst season in Laker history.

On Wednesday, Bryant scored over 50 points for the first time since 2009 and hit the go-ahead basket with just over 30-seconds to go. Even he said he was shocked.

Kobe's grand finale put the icing on an already unbelievable 2016 for the NBA, full of unpredictable moments.

Who would have guessed the Warriors would win 73 games and break the Bulls all-time record?

Skip Bayless tried to tell us in November.

And who knew Stephen Curry would shatter his own three-point record or that comedian Kevin Hart could actually tie Draymond Green in a three-point contest during All-Star Weekend?

After seeing Paul George return from his gruesome Olympic injury in full stride and watching the stacked Houston Rockets limp into the playoffs as an eight seed, the postseason should bring even more surprises after Saturday's tip-off.