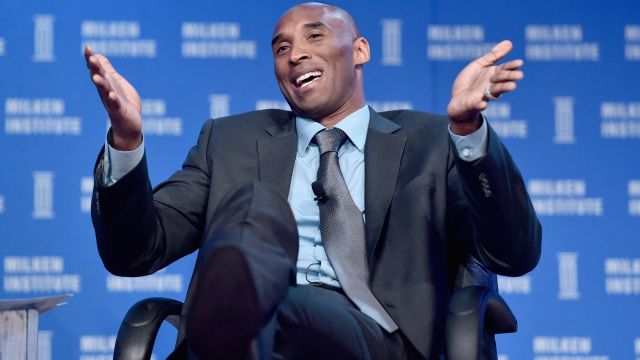 SMS
Kobe Bryant: NBA Champion, Surefire Hall-Of-Famer ... Ghostbuster?
By Calvin Stovall
By Calvin Stovall
June 2, 2016
The retired NBA star will take his talents to the big screen in the "Ghostbusters" reboot ... because the Black Mamba ain't afraid of no ghosts.
SHOW TRANSCRIPT

There's been plenty of speculation about how Kobe Bryant will spend life after the NBA.

The 20-year veteran's $680 million in career earnings mean he shouldn't have to work another day in his life.

Those familiar with Kobe Bryant's tireless efforts on the court shouldn't be surprised to learn the 37-year-old retiree already has a new gig with a familiar team.

Bryant will join the new "Ghostbusters" squad for a cameo role when the reboot of the '80s classic premieres in July. On Thursday, he gave The Players' Tribune an exclusive first look at his appearance.

This won't be Bryant's first IMDb credit. His rookie year, he made an appearance on the '90s sitcom "Moesha," playing opposite his famous prom date, Brandy Norwood. His next cameo came almost 20 years later, in the 2015 comedy "Daddy's Home."

Although the five-time champion would be a great fit as an NBA coach or color commentator, Bryant's new Mamba suit appears to fit him just fine for now.