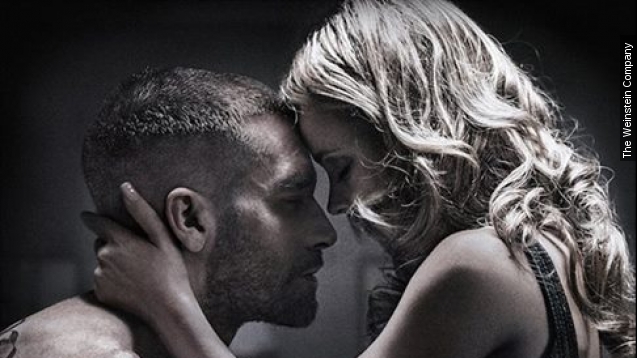 SMS
Knockout Acting Helps Scrappy Films Roll With Oscar Punches
By Lexie Hammesfahr
By Lexie Hammesfahr
July 28, 2015
Jake Gyllenhaal's "Southpaw" may not be a box office heavyweight, but he could still earn an Oscar nomination for getting into character.
SHOW TRANSCRIPT

"Southpaw" opened this weekend to $16 million domestically. And while that may not come anywhere close to other blockbuster summer movies like "Jurassic World"or "Inside Out," how much a movie grosses doesn't matter when it comes to Oscar season. (Video via Walt Disney Studios Motion Pictures / "Inside Out")

If you look at past Best Picture nominees, a good amount of them haven't made huge splashes at the box office.

In comparison, some project "Southpaw" will bring in a $50 million to $55 million domestic haul. (Video via The Weinstein Company)

The one thing that could hold the movie back from an award nod are the mixed reviews. Audiences love the film, giving it an "A" Cinemascore. But it didn't win over critics, who gave the film an average rating of 58 percent average on Rotten Tomatoes. (Video via The Weinstein Company / "Southpaw")

Those reviews could nullify the chances of a Best Picture nod, but Jake Gyllenhaal could still get a nomination for Best Actor. That's because of the praise Gyllenhaal's received for his ability to physically transform for his roles.

Last year, Gyllenhaal was snubbed for his incredibly creepy performance in "Nightcrawler," where he lost 30 pounds to become an intense crime journalist who would do anything for a story.

He then trained against real fighters and gained some weight, including 15 pounds of muscle, for “Southpaw.” (Video via The Weinstein Company)

That's likely because in the past, we've seen actors awarded for extreme physical transformations.

Look at Matthew McConaughey in "Dallas Buyers Club" or Eddie Redmayne's portrayal of Stephen Hawking in "The Theory of Everything."

Philip Seymour Hoffman was also rewarded for his five-month transition into Truman Capote for the 2005 film "Capote," as was Daniel Day-Lewis for his role as the famous president in "Lincoln."

It's not to say Gyllenhaal will win the Best Actor category this year, but many believe his recognition is overdue. He hasn't been nominated for an Oscar since the Best Supporting Actor nom in 2006 for "Brokeback Mountain." (Video via The Weinstein Company)

And he also would likely go up against some competition, including reigning Best Actor, Eddie Redmayne, in the upcoming "The Danish Girl" — where he plays the first male to have female gender reassignment surgery.

Other early Oscar buzz includes another actor who is characteristically snubbed from Oscar wins — Leonardo DiCaprio. His lead role in January's "The Revenant" might very well earn him yet another nomination.