Knife Attack On Bus In Israel Leaves At Least 13 Injured 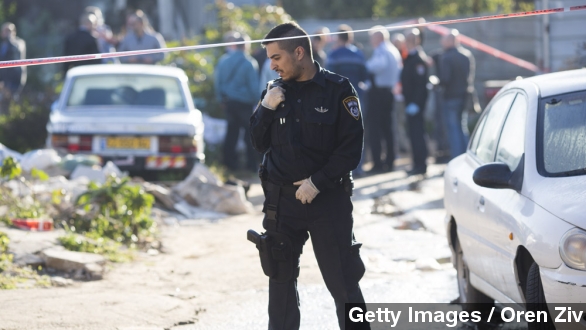 SMS
Knife Attack On Bus In Israel Leaves At Least 13 Injured
By Jake Godin
By Jake Godin
January 21, 2015
At least 13 people are injured after a Palestinian man boarded a bus in Israel and started stabbing people. It's believed that he acted alone.
SHOW TRANSCRIPT

A stabbing attack on a bus in Tel Aviv, Israel, has left at least 13 injured, including the assailant.

The attack took place early Wednesday morning when a Palestinian man started stabbing the driver shortly after the man got on board. He then attacked the other passengers.

A reporter for The Jerusalem Post says an Israeli Prison Service team then moved in to stop the attacker after they saw the bus swerve and passengers fleeing.

The assailant, who Israeli police say is a 23-year-old man from the West Bank, was then shot in the leg by the prison service team as he attempted to escape. (Video via YouTube / United Hatzalah)

The stabbing, which is being called a terror attack, is just the latest in a string of similar incidents that have strained Israeli-Palestinian ties only months after this summer's widespread violence.

But Hamas, a militant Islamic group in control of the Gaza Strip, praised the attack as a “heroic act” and called it “a natural response” to Israel's occupation of Gaza and the West Bank. (Video via YouTube / paltimesnet)

According to Haaretz, the assailant didn’t belong to any specific group, making this stabbing more of a so-called lone wolf attack — acting perhaps on behalf of an organization but not with its support. (Video via Israeli Police)

It's something The New York Times points out Israel has been struggling with lately. The Israeli minister of internal security told the paper authorities are currently trying to figure out how the assailant managed to get from the West Bank to Tel Aviv.

Twice last year, Palestinian drivers were shot and killed after hitting people with their vehicles. Several knife attacks were also carried out last year as well.

According to the BBC, three of the victims from Wednesday’s bus knife attack are in serious condition while four others are in a moderate condition. The injured suspect is currently being treated at a hospital. 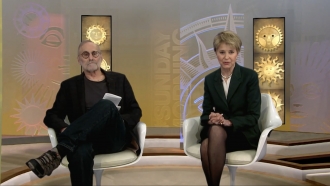