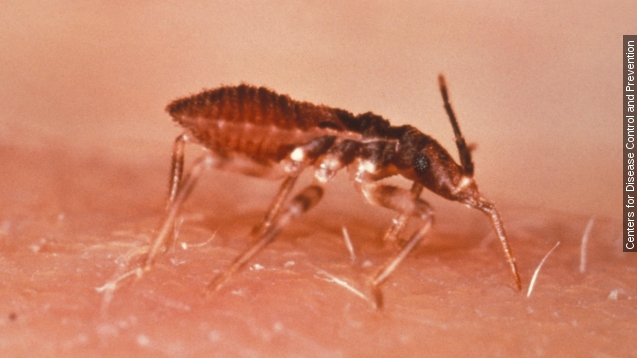 "Kissing bugs are being spotted in Texas," a KFDA anchor reported.

"You may have heard about the kissing bug," another anchor from KPLC echoed.

Kissing bugs. They're a group of more than 100 species, 11 of which are found in the southern United States, and they're getting a bad rap. (Video via WTVF)

While they can all carry the parasite that transmits Chagas' disease, the three species best adapted to living with humans and spreading the disease don't live in the U.S.

Chagas' disease and kissing bugs aren't a new problem, and they're not getting worse. They're just getting more attention, and we're learning more about them. (Video via Barcelona Institute for Global Health)

And let's just get this out of the way: This is not a kissing bug. Nor is this. Nor this and definitely not this. (Video via YouTube / Pests and Natural Enemies)

Kissing bugs are assassin bugs, so they share similar body shapes as the hundreds of other species of assassin bugs that don't feed on blood.

The Centers for Disease Control and Prevention estimate that more than 300,000 people in the U.S. have Chagas' disease is taken from applying the prevalence of the disease in Latin America to immigrant populations here. (Video via CBS)

But the more researchers look for Chagas, the more they find it, which adds to the impression the threat is new and spreading. (Video via International Development Research Centre)

This video includes images from the Centers for Disease Control and Prevention, John Flannery / CC BY ND 2.0, 0506 0362 / CC BY ND 2.0 and Smithsonian Institution.