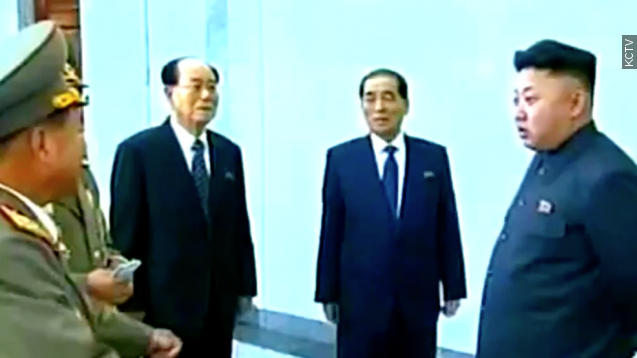 Because nothing says "Happy New Year" like reminding the world you're ready for war.

In his New Year's Eve address, President Kim Jong-un vowed to increase the "political and military might" of his country and develop "more diversified attack means." (Video via KCTV)

He also spoke on relations with South Korea, which began to boil last year after two South Korean soldiers were injured by a land mine in the demilitarized zone.

Kim said he would actively try to improve ties to the South but also warned, "If invasive outsiders and provocateurs touch us even slightly, we will not be forgiving in the least and sternly answer with a merciless, holy war of justice."

That's a reference to South Korea's friendly relationship with the United States and their annual joint military exercises.

Kim's conditional push for reconciliation between the two sides comes ahead of the ruling Workers' Party's first convention since 1989. Analysts speculate he wants to show tangible improvements before announcing major policy changes. (Video via The Guardian)

This video includes images from Getty Images and music from Chris Zabriskie, licensed under a Creative Commons CC BY 4.0 license.