Kim Jong-Un May Have Executed An Official For Falling Asleep 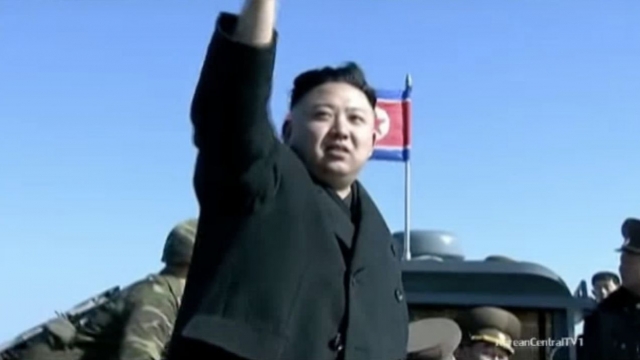 SMS
Kim Jong-Un May Have Executed An Official For Falling Asleep
By Briana Koeneman
By Briana Koeneman
August 30, 2016
A South Korean newspaper reports the official "incurred the wrath of Kim after he dozed off during a meeting that Kim presided over."
SHOW TRANSCRIPT

According to a new report out Tuesday, Kim Jong-un had two North Korean officials publicly executed earlier this month.

And one of the men was simply accused of falling asleep during a meeting.

Unnamed sources told the South Korean newspaper JoongAng Daily the official "incurred the wrath of Kim after he dozed off during a meeting that Kim presided over."

The paper says the official was arrested immediately and charged with corruption before Kim ultimately ordered his execution.

As for the other official, the outlet claims he was accused of proposing policies that were a "direct challenge" to Kim's leadership.

A source told the South Korean newspaper that the two men were killed at a military academy in Pyongyang with anti-aircraft guns, which might have looked like this one.

JoongAng Daily's report has yet to be independently verified, and North Korea's state-run KCNA news agency has remained silent on the subject.

But the rumored killings would certainly fit into a pattern of executions Kim has ordered against his perceived enemies since he became leader back in 2011.

Perhaps the most well-known example was the 2013 execution of Jang Song-thaek, Kim's uncle and second in command. He was found guilty of treason and other crimes against North Korea.

And just last year, Kim reportedly had a former defense chief put to death for taking a nap during a military rally.

JoongAng Daily has speculated these latest alleged executions could be "interpreted as a new reign of terror in North Korea, prompted by a series of defections by senior officials."