Kids Who Are Picky Eaters Might Develop Depression, Anxiety 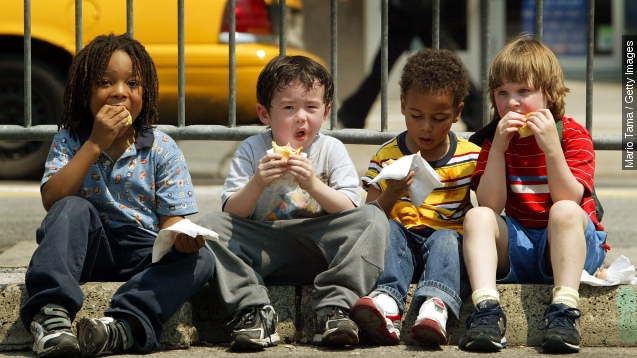 SMS
Kids Who Are Picky Eaters Might Develop Depression, Anxiety
By Katie Link
By Katie Link
August 3, 2015
A study published in the journal Pediatrics suggests children with a high aversion to certain foods might develop mood disorders later in life.
SHOW TRANSCRIPT

Remember the days of demanding macaroni and cheese? Only eating pizza? Insisting on hot dogs for dinner — every single night?

Our parents called us "stubborn." But today's parents might have another thing to watch for when it comes to feeding picky eaters.

According to a study published in the journal Pediatrics, young kids who show extreme aversion to some foods are more likely develop anxiety disorders.

In fact, children who were categorized as severe selective eaters were more than twice as likely to have depression or anxiety later in life. (Video via Food Network)

The study was conducted by researchers at Duke University's Center for Eating Disorders and involved more than 900 kids ages 2 to 6. Parents recorded their children's eating habits, and researchers tested the kids for mood disorders.

"I don't want to raise panic among parents. I'm hoping this research will make all of us realize that the story is more complicated than we appreciated," researcher Nancy Zucker told The New York Times.

Zucker suggests introducing children to new and exciting foods, and focusing on family at dinnertime, rather than food.