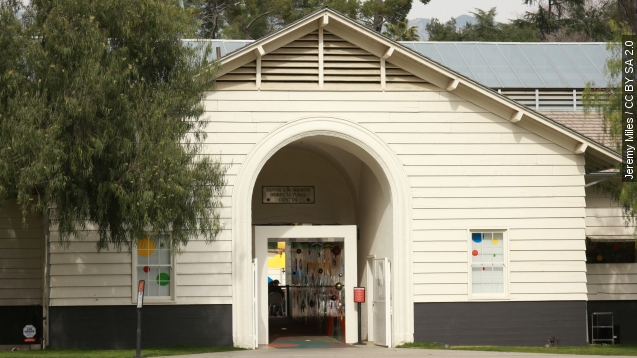 Eights kids at Pasadena, California's Kidspace Children’s Museum were injured Tuesday when a 75-foot tree fell to the ground.

The tree fell around 5 p.m. local time, critically injuring two kids. Witnesses say they heard a loud snap before the tree came down on kids waiting to go home from day camp. Other than that, there was no warning the 75-year-old tree would give way. (Video via KTTV)

"The teachers, the camp workers — they were just freaking out. You leave your kid with somebody for the day, you take this group to the museum and you don't expect a tree to fall over on their kids," witness Klea Scott told KABC.

Officials are still short on answers, unable to provide a reason as to why the tree fell.

"We still have no idea why this happened. Did the tree need maintenance? Was there a root problem? Well, the city of Pasadena can't answer any of those questions right now," a reporter from KCAL said.

The outdoors are a huge part of the Kidspace Children's Museum. At the museum, kids can learn about the ecosystem including trees, small plants, insects, animals and more. (Video via CNN)

In an official statement, the museum's CEO wished the injured kids a speedy recovery and commended the staff and volunteers for their quick response. (Video via KNBC)

The museum is operating as usual on Wednesday.