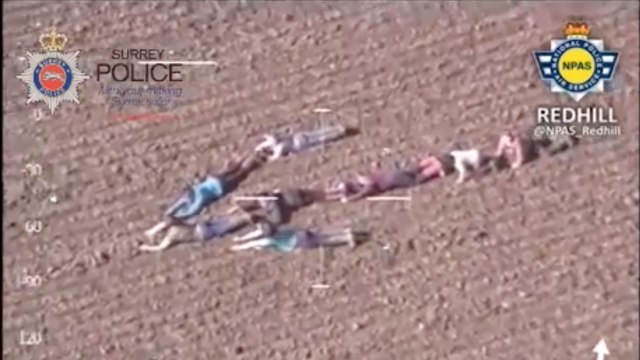 Police in Surrey, England, got some unusual help with a manhunt last month.

A police helicopter was searching for two suspected intruders at an abandoned building when officers noticed some kids in a nearby field had formed a human arrow.

The group of children were hunting for Easter eggs when they saw the helicopter overhead and decided to point the police in the right direction.

Thanks to their help, the helicopter crew quickly notified officers on the ground of one suspect's location.

This video includes a clip from NPAS Redhill.