Kidney Cancer Might Be Linked To How You Cook Your Meat 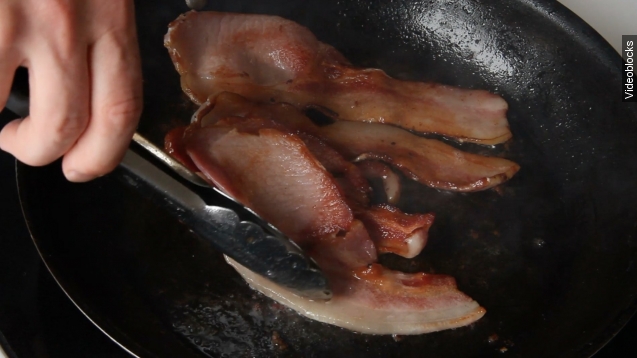 SMS
Kidney Cancer Might Be Linked To How You Cook Your Meat
By Ryan Biek
By Ryan Biek
November 11, 2015
New research suggests the way you cook meat could be a bigger cause of cancer than the meat itself.
SHOW TRANSCRIPT

Some potentially good news for all you carnivores out there: A new study shows meat itself might not cause cancer. It could be how you cook it.

Researchers from the MD Anderson Cancer Center in Houston compared healthy people to individuals who had the most common type of kidney cancer.

Since the kidney's job is to filter toxins, it makes sense to search for links specifically between diet and kidney cancer.

The researchers confirmed those with kidney cancer ate more red and white meat on average than those without.

But they also found a relationship involving harmful compounds created when meat is cooked a certain way.

Cooking over an open flame or at high temperatures — barbecuing or pan-frying, for instance — has been shown to create the harmful compounds.

And the researchers showed a higher risk for kidney cancer due to cooking method was independent of the risk simply from eating meat.

More work still has to be done, but the researchers suggest people can still consume meat, just in moderation, and when cooking it, to avoid charring.