Kickstarter Wants To Make Being A Benefit Corporation Cool 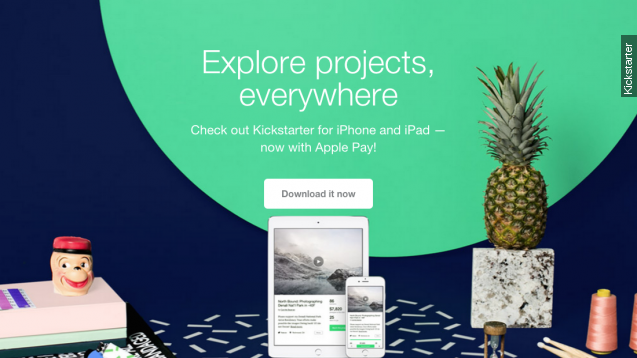 SMS
Kickstarter Wants To Make Being A Benefit Corporation Cool
By Leah Becerra
By Leah Becerra
September 21, 2015
Kickstarter has reincorporated itself as a public benefit corporation, and it's hoping to convince more for-profit businesses to do the same.
SHOW TRANSCRIPT

Crowdfunding website Kickstarter did something that very few companies can even claim to have thought about doing: It became a public benefit corporation.

A benefit corporation is still a for-profit business, but it's also legally required to do good deeds that address social and environmental problems.

In Kickstarter's case, the good deeds will include not selling users' data to third parties, not using loopholes in the tax code to pay less taxes, investing in green infrastructure, donating 5 percent of after-tax profits and "fighting to end systemic inequality."

So Kickstarter is legally required to do all those things by Delaware state law. And, yes, the company came up with the list all by itself.

There aren't many businesses with B corporation status — actually, the group makes up only something like 0.01 percent of all U.S. organizations. That's because, while the move is great for a company's public image, it doesn't put stockholders' interests first. Also, the designation is still somewhat new.

Kickstarter says it hopes its move toward bettering society will convince others to take the plunge because "more and more voices are rejecting business as usual and the pursuit of profit above all."

By the way, it wasn't that long ago that Kickstarter was a startup. Now it's turning a healthy profit and giving back to the community, but it's not looking to sell or even go public.

The company's chief executive told The New York Times, “That would push the company to make choices that we don’t think are in the best interest of the company.”

And just in case you were wondering, this reincorporation does not mean money given to Kickstarter campaigns will be considered tax-deductible.