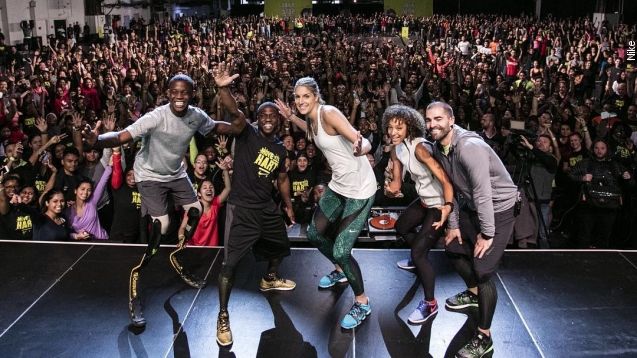 "I'm whatever you want me to be, baby. What I am is driven. Ooo, put a check mark next to that," Kevin Hart said in Nike ad.

Nike has always given shoe and apparel deals to the biggest names in sports.

But not usually to comedians.

"Putting on my socks is the worst part of every day. ... It's like folding a bowling ball in half," Louis C.K. says.

Since partnering with Nike, Hart has led community 5k runs and training sessions while on tour.

In Hart's hometown, more than 4.500 people showed for the 5k and the numbers are growing.

Hart's cross-training shoe is a part of Nike's "Inner Strength" campaign. Others featured in the campaign include pro-athletes Kyrie Irving, Manny Pacquiao and Marcus Mariota.

This video includes music from Black Ant / CC BY 3.0.