Kesha Surprises Fans As She Takes Coachella Stage With Zedd 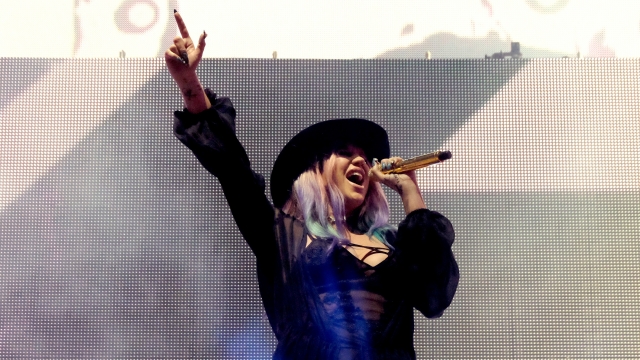 SMS
Kesha Surprises Fans As She Takes Coachella Stage With Zedd
By Melissa Prax
By Melissa Prax
April 17, 2016
On Saturday, Kesha performed for the first time since she was denied an injunction to dissolve her contract with producer Dr. Luke.
SHOW TRANSCRIPT

Fans were showing Kesha love at Coachella on Saturday when she joined producer Zedd on stage for a surprise performance.

This is the first time Kesha has gone on stage since she was denied an injunction to dissolve her contract with Sony Music producer Dr. Luke.

The singer has been trying to get out of her contract since 2014 and has accused Dr. Luke of sexual, physical and emotional abuse.

Shortly after the injunction was denied, Zedd reached out by tweeting: "very very sorry to hear about the whole situation. I'll be happy to produce a song for you if you want my help.

Zedd isn't the only artist to reach out and offer to produce a song with the glitter maven. Kesha's current contract bans her from making any new music with other producers.

Shortly after her court appearance, musician Jack Antonoff also tweeted, "if you want to make something together & then leak it for everyone I'm around."

Since Kesha filed the lawsuit, fans have been using the #FreeKesha in protest. And when she surprised them on stage, Kesha quickly started trending on Twitter.