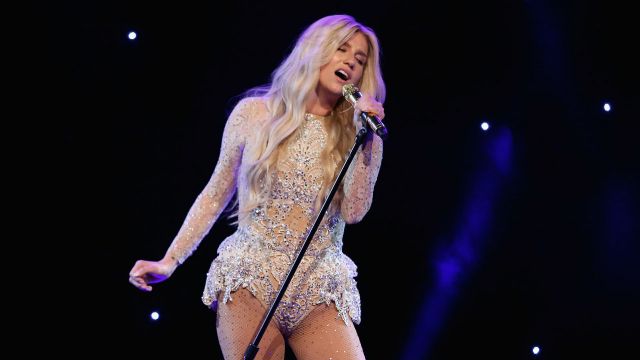 SMS
Kesha Says She Was Offered 'Freedom' If She Took Back Her Rape Claim
By Kaileen Gaul
By Kaileen Gaul
April 4, 2016
Kesha wrote on Instagram that she was offered freedom from what is assumed to be her recording contract if she denied being raped.
SHOW TRANSCRIPT

Kesha took to Instagram on Sunday to tell followers she is sticking to her story, even if it means giving up her freedom.

She wrote in the caption that she was offered freedom from what is assumed to be her recording contract with Kemosabe Records and Sony Music Entertainment if she apologized publicly and denied being raped.

Kesha continued, "I will not take back the TRUTH. I would rather let the truth ruin my career than lie for a monster ever again."

In 2014, Kesha and her mother sued music producer Lukasz Gottwald, better known as Dr. Luke, and his companies, claiming he sexually assaulted and harassed her.

Gottwald has denied the accusations and filed a countersuit, calling the statements "defamatory."

Back in February, the New York County Supreme Court denied Kesha a preliminary injunction that would have allowed her to leave the contract with Sony and Dr. Luke.

She didn't clarify who exactly gave her the offer, but a spokesperson for Dr. Luke responded to the allegation within a few hours.

Dr. Luke's camp said in a statement to Rolling Stone, "The Court repeatedly stated Kesha is already free to record without Dr. Luke, and that she had not presented any facts supporting her claims."

The judge said, "There has been no showing of irreparable harm. She's being given opportunity to record."

This video includes images from Getty Images and clips from RCA Records.