Kerry Becomes First Secretary Of State To Visit All 7 Continents 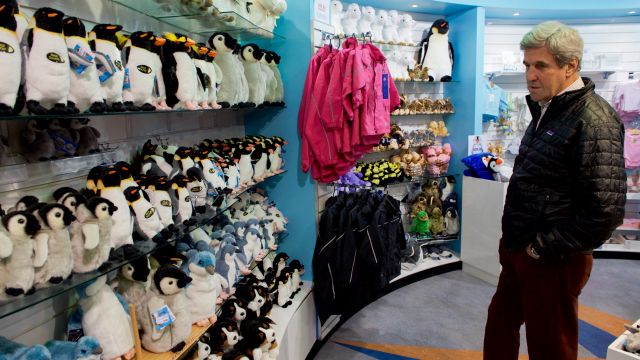 SMS
Kerry Becomes First Secretary Of State To Visit All 7 Continents
By Lindsay Gloor
By Lindsay Gloor
November 10, 2016
Secretary of State John Kerry traveled to Antarctica this week before heading to the climate conference in Marrakesh, Morocco.
SHOW TRANSCRIPT

Secretary of State John Kerry was not in Washington, D.C., on election night. He was actually traveling about as far away from civilization as possible.

Kerry is currently in Antarctica, where he plans to witness some of the greatest effects of climate change firsthand.

But he's also breaking a few records while he's at it.

Kerry is now the first secretary of state to visit all seven continents. According to the U.S. Department of State, he's traveled more than 1.3 million miles and spent the equivalent of 118 days in the air.

After visiting Antarctica, Kerry will fly to Marrakesh, Morocco, for the next round of climate negotiations. Combating climate change has been a pivotal aspect of Kerry's agenda.