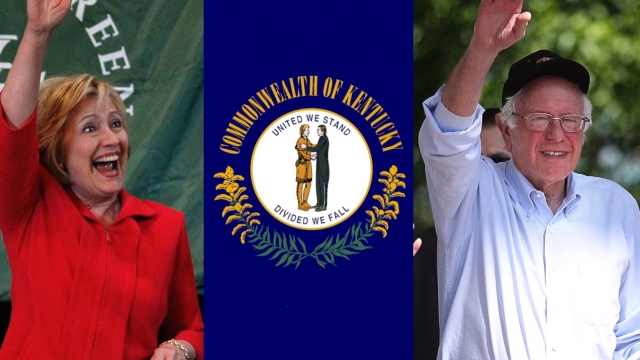 SMS
Kentucky Primary Result Basically Stumps Everyone
By Eugene Daniels
By Eugene Daniels
May 17, 2016
Throughout the night, the lead changed multiple times and only an "apparent" winner was announced.
SHOW TRANSCRIPT

Tuesday's Kentucky Democratic primary was the closest race of the entire presidential primary. So close that news outlets only projected Hillary Clinton as the "apparent" winner, which basically translates to a collective shrug.

But the fact is, who actually won doesn't really matter that much. The margin is so thin at less than 1 percent that the state is basically a wash, with Clinton and Bernie Sanders leaving the state with essentially the same amount of delegates.

Clinton campaigned hard in Kentucky over the last few weeks to try to break Sanders' two-state winning streak. But with Clinton leading Sanders by almost 300 pledged delegates, a win this small will just be a morale boost for either side.

Battling to a draw only hurts Sanders whose odds of getting the nomination are slipping with every contest. His pledged delegate deficit is almost insurmountable, but his campaign isn't going anywhere. The goal seems to be to close the gap as much as possible, and then try to convince superdelegates he's the more electable candidate based on general election polls.

But he's seriously running out of time. There are only nine more contests left in the Democratic primary.