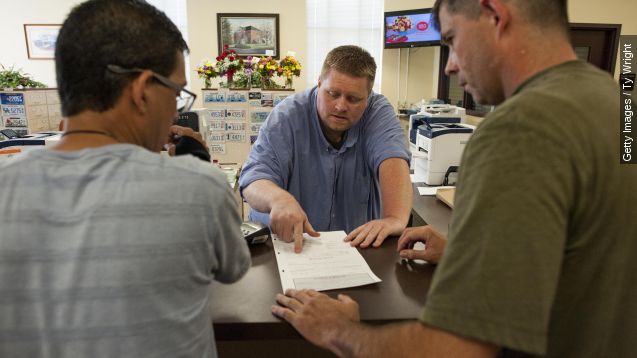 Kentucky's new Republican governor, Matt Bevin, has been in charge for less than a month, and he's already made good on one of his campaign promises.

On Tuesday, the governor issued an executive order that allows marriage licenses to be printed without the name of the county clerk who issued it. He said he made the move to ensure that "sincerely held religious beliefs of all Kentuckians are honored."

It's a move county clerk Kim Davis has been fighting for. After spending five days in jail for refusing to issue same-sex marriage licenses due to her religious beliefs, her lawyer said this:

"Kim Davis has asked for a very simple accommodation: Remove her name and her authority from the marriage certificate." (Video via CBS)

In response, Beshear called the whole thing "absurd" and requested the case be thrown out. This all happened one month before his second — and by Kentucky law, final — term as governor ended in November.

Bevin handily defeated the Democratic challenger in the election for Beshear's vacant seat, and part of Bevin's campaign included a promise to address the issue of the state's marriage license forms.

That's something Kim Davis' lawyer likes to point out. He told WFPL: "There is no question that the case of Kim Davis and the issue of religious freedom played a role in the governor's lopsided win. The voters sided with religious liberty."

Under the new executive order, a revised marriage license form will be sent to the offices of all Kentucky county clerks.