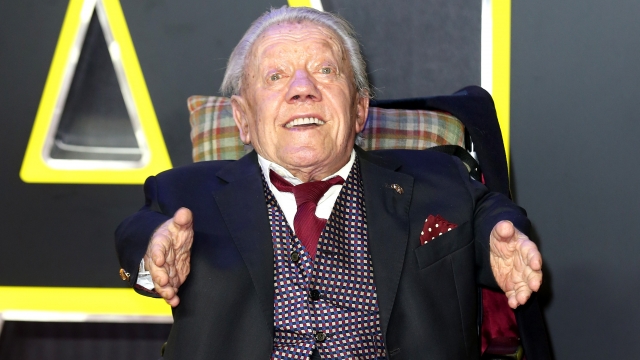 The man responsible for bringing R2-D2 to life has died.

Kenny Baker starred in six "Star Wars" films ranging from the first movie in 1977 to "Episode III – Revenge of the Sith" in 2005.

He was born in Birmingham in the United Kingdom in 1934. According to his website, Baker became a performer when he was 16 years old and went on to star in a circus and pantomime and ice shows before he created a musical comedy act.

He got his big break in the 1977 classic "Star Wars: Episode IV — A New Hope." Like many at the time, the sub-4-foot-tall actor didn't realize hopping into a robot would immortalize him forever.

"I made 20 movies altogether roughly, so it was just another film for me," Baker told the BBC. "Not very comfortable."

Baker's footprints — or at least R2-D2's — are immortalized on the Hollywood Walk of Fame.

Kenny Baker reportedly battled a long illness. He was 81.