This Is Why America Became Obsessed With Ken Bone 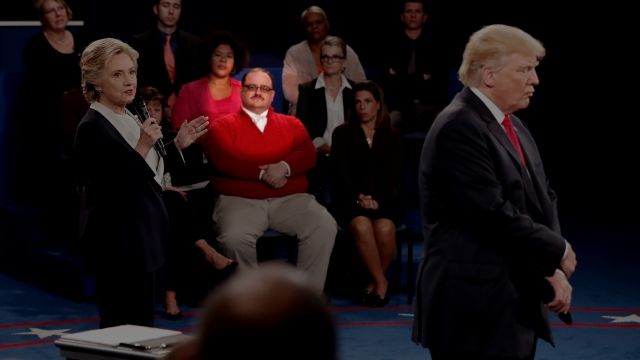 Well, at least someone came out ahead in Sunday night's presidential debate: Ken Bone.

"I went from last night having seven Twitter followers — two of which were my grandmother because she had to remake her account when she forgot her password — to now I have several hundred," Bone told CNN's Carol Costello Monday morning.

"I don't know why they care what I have to say, but I'm glad they're engaged in the political process," Bone continued.

"What steps will your energy policy take to meet our energy needs, while at the same time remaining environmentally friendly and minimizing job loss for fossil power plant workers?" Bone asked the candidates toward the end of the debate.

For that, he was awarded with so much Twitter hype.

People described him as a human hug and a phoenix rising "from America's ashes." Soon, he was trending online.

Okay, dramatic. But seriously, why all the fascination with Ken Bone?

Let's start with the obvious: his name. Some people can't get their minds out of the gutter.

But Bone also just seemed so nice and normal. The red sweater, mustache and glasses were a major hit with his new-found fan base.

More importantly, Bone asked a question not about some controversy that's been splashed across the headlines, but on an issue that impacts the American people.

After the tension-filled moments leading up to and during the debate, America certainly needed something to smile about. And thanks to the nice guy in the red sweater, that's what we got.