How Kellyanne Conway Feels About Romney For Secretary Of State 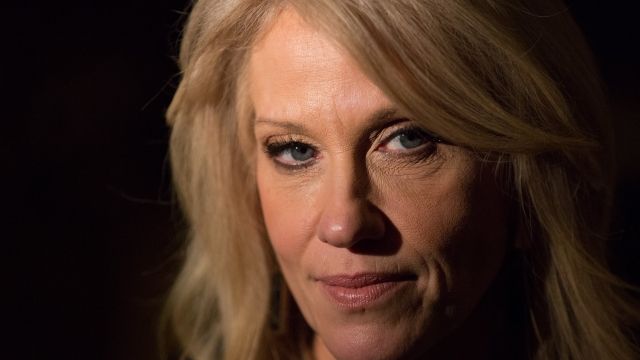 Kellyanne Conway is speaking out about Donald Trump's potential pick for secretary of state, Mitt Romney.

"There was the Never Trump movement, and then there was Mitt Romney — he gave speeches against Donald Trump; he attacked his character," Conway said.

Her comments on CNN on Sunday follow tweets last week on the "deluge" of warnings she received from Trump loyalists worried at the prospect of Romney taking a prominent Cabinet position.

Conway told Dana Bash she felt "compelled" to mention the messages as there are many people who would feel "betrayed" by a Romney pick.

The relationship between Romney and Trump's camp hasn't exactly been rosy — Romney was a vocal opponent of Trump throughout the 2016 campaign season.

In March, he made an entire speech outlining his case against Trump.

"There is plenty of evidence that Mr. Trump is a con man, a fake. Mr. Trump has changed his positions not just over the years, but over the course of the campaign," Romney said.

And Conway isn't the only prominent Republican to voice opposition since Romney's name got tossed into the secretary of state ring.

Newt Gingrich said he could think of "20 other people" who would be a more compatible pick.

And former Arkansas Gov. Mike Huckabee told Fox News he felt it would be "an insult" to Trump supporters if Romney ended up as secretary.

While Conway admitted she had some personal reservations on the subject, she did say that doesn't matter in the long run — she trusts the choices of the president-elect.

"If President-elect Trump chooses Mitt Romney as his secretary of state — or whomever he chooses — that will have the full support and backing of all of us," Conway said.