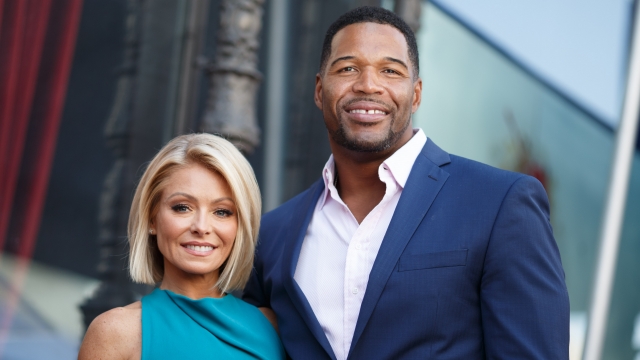 TMZ reports Ripa found out about Strahan’s exit right as Disney announced it — with no warning at all.

"She’s been an amazing influence on me, and it has truly changed my life to be here with her," Strahan shared.

Strahan had nothing but nice things to say about Ripa who, according to Us Weekly, "took a sick day" just 24 hours after the network dropped the news of the switch.

Ripa's return to the show isn't quite clear. Daily Mail claimed, "Ripa is refusing to turn up to work until Strahan leaves the show." Disney executives have not commented on any extended absence from Ripa.

But, with Strahan's impending departure, viewers are already curious to see who will fill those New York Giants' shoes. Ripa's besties, like Anderson Cooper and Andy Cohen, were named as fan favorites, along with the showiest showman of all, Neil Patrick Harris.

Despite all the daytime talk show drama, Strahan was still upbeat alongside guest co-host Ana Gasteyer during Ripa's day out of the office. Because, as it always does in showbiz, the show must go on.