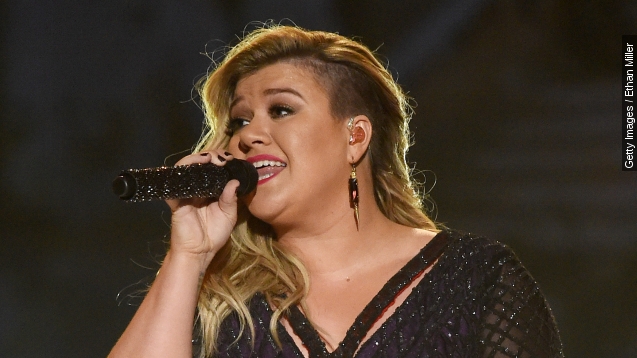 Kelly Clarkson announced her second pregnancy in an unexpected way at a LA concert.

While singing the song "Piece by Piece," which has some lyrics on parenting, Clarkson started tearing up.

She hadn't planned to announce her pregnancy yet, even apologizing to her husband and saying some of her family members didn't know yet. But she told the audience she didn't want them to think she was crazy.

She joked after the fact, "I'm honestly so hormonal today."

One of the things Clarkson does so well is show her realness to her fans. At concerts, she frequently jokes about tripping on stage or an outfit choice she regrets wearing, so revealing her second pregnancy on stage is actually pretty fitting for the former "American Idol" winner. (Video via RCA Records)

This will be Clarkson's second child with her husband Brandon Blackstock. She had their first, daughter River Rose, in 2014.