Keith Olbermann's Suspension And His Rocky History With ESPN 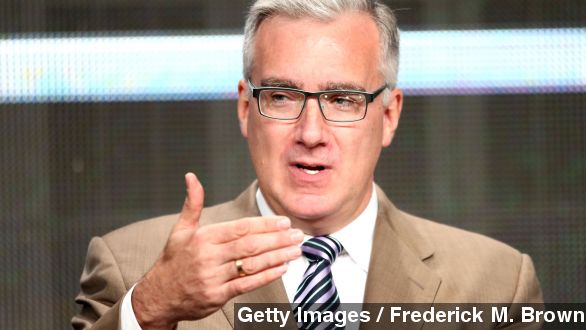 Keith Olbermann has hosted his own show for close to two decades now, and it seems for that same amount of time, he's made controversial comments on and off air.

Continuing that tradition, ESPN is taking Keith Olbermann off the air for the remainder of the week after a heated Twitter exchange between him and some Penn State students.

It all stems from this PSU student’s tweet to Olbermann, with the first part of the school's chant. The post linked to an article about students raising $13 million to fight cancer.

When another Twitter user pressed him on the issue, Olbermann said he was calling Penn State students pitiful, not the cancer fundraiser.

He finished up, saying, "I'd like to thank the students and alums of Penn State for proving my point about the mediocrity of their education and ethics."

This didn't sit well with ESPN higher-ups who announced Tuesday Olbermann's tweets were bad enough to get himself banned. "It was completely inappropriate and does not reflect the views of ESPN. We have discussed it with Keith, who recognizes he was wrong."

And while trolling followers on Twitter is a pastime of many ESPN anchors, most don’t quite have the history with the network that Olbermann does.

"Coming up in this year’s NCAA." (Video via ESPN)

Back in 1997, Olbermann and ESPN had a messy breakup. The anchor bad-mouthed executives and wasn't on the guest list for SportsCenter’s 25th anniversary special.

Olbermann later explained his exit from the network and famously apologized in a long column on Salon.com titled, 'ESPN: Mea Culpa.'

"I was banned from the campus in Bristol? For life," Olbermann said.

"I don't burn bridges. I burn rivers. If you burn a bridge you can possibly build another one." (Video via CBS)

And though he has rejoined the billion-dollar sports network, there are still some conditions, such as ESPN's demand that Olbermann film his show in New York rather than the network's Bristol, Connecticut headquarters, keeping distance between Olbermann and his old stomping grounds. (Video via ESPN / "Olbermann")

After the suspension, Olbermann apologized on Twitter saying, "I was stupid and childish and way less mature than the students who did such a great job fundraising."

Olbermann will be off the air for the remainder of the week.