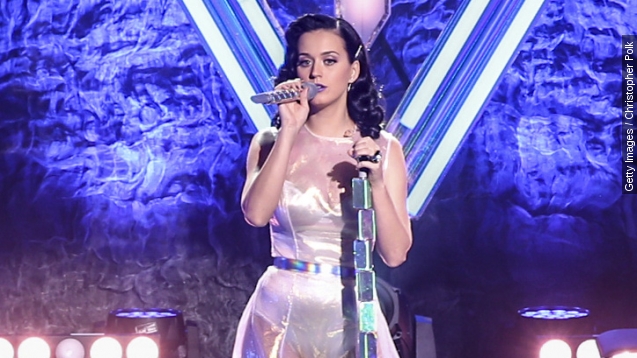 SMS
Katy Perry Tops Forbes' List Of Highest-Paid Women In Music
By Ben Lawson
By Ben Lawson
November 6, 2015
Forbes has released its list of the highest-paid women in music for 2015, and Katy Perry came out on top.
SHOW TRANSCRIPT

Forbes has released its list of the highest-paid women in music for 2015.

Perry's Prismatic tour made 126 stops and brought in $2 million per city. That's in addition to her sponsorships with Coty, Claire's and Covergirl. (Video via Capitol Records / Katy Perry)

Looks like Perry wins this battle in their rivalry. But Swift's world tour is grossing more than $4 million per city and is still going. Meaning, Swift could wind up on top next year. (Video via Big Machine Records / Taylor Swift)

Thanks to the return of Christine McVie, the group's On With the Show tour has brought in over $1 million per city.

Mother Monster stayed busy with 66 shows and sponsorship deals with Versace and MAC. Plus, she has her own Fame fragrance. (Video via Columbia Records / Tony Bennett, Lady Gaga)

Queen Bey's tour with her husband, Jay Z, has grossed over $100 million at just 19 dates in the U.S. and Canada.