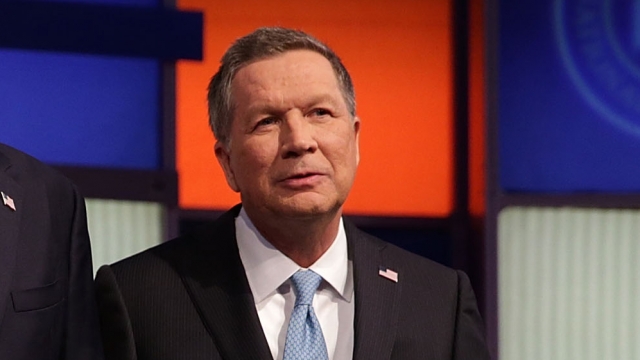 SMS
Kasich's Second-Place Finish Is The Best He Could Have Hoped For
By Kate Grumke
By Kate Grumke
February 9, 2016
As far as the next few primaries, things aren't looking so good.
SHOW TRANSCRIPT

John Kasich just came in second in New Hampshire, which is pretty big for the Ohio governor.

In an average of polls out of New Hampshire, RealClearPolitics had Kasich in third going into the primary, with Marco Rubio in second. But those orders were completely rearranged Tuesday. (Video via Fox News)

Kasich's organization in New Hampshire was strong. He had the second-most voter contacts among the GOP after Jeb Bush, according to Monmouth University polling, which says that can be a good indicator of a campaign's ground game. (Video via Kasich for America)

And at the GOP debate Saturday, Kasich didn't take many hits.

But in the next few primaries, Kasich's poll numbers are very low, at least for now. If anything, his strong showing might have just further muddled the race for the so-called establishment candidates.