Kashmir: The Disputed Region Where Life Is On Pause 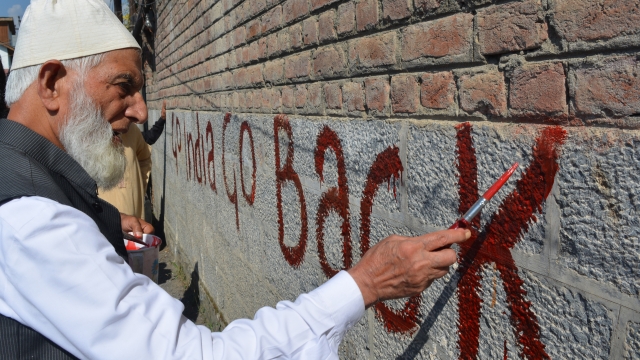 SMS
Kashmir: The Disputed Region Where Life Is On Pause
By Melissa Prax
By Melissa Prax
September 18, 2016
The region has imposed a curfew on its residents since violence broke out in July.
SHOW TRANSCRIPT

No school, limited internet and few open places to shop. That's the reality for millions living in Kashmir — life is at a standstill.

That's because violence in the region has ramped up since July. To date, more than 80 people have died. And it's caused the state — disputed by India and Pakistan — to impose a curfew ever since.

A government curfew is actually pretty common in Kashmir, but one this long is making history.

SEE MORE: Does Violence In Kashmir Mean A Medicine Shortage?

Kashmiris have broken this most recent curfew several times and it's usually ended in violence.

This happened when the city was shut down on Eid-al-Adha, one of the biggest religious festivals in the largely Muslim region.

For many sellers, that day brings in a lot of profit as families purchase goats and lambs, sweets and other food.

Two boys were killed in clashes with police on Eid. And throughout the months of violence, some have blamed police for using unnecessary force.

In September, after a boy died in what was thought to be a police shooting, thousands broke the curfew, spilling onto the streets for his funeral.

One of the biggest problems with the curfew is residents and the government are saying conflicting things.

Residents say they can't find food or necessary items like diapers, but the government says supplies shouldn't be an issue.