Kardashians, Jenners Halt Business While Odom Is In Hospital 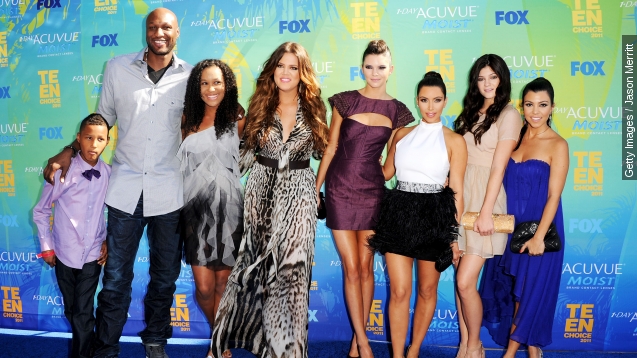 SMS
Kardashians, Jenners Halt Business While Odom Is In Hospital
By Cody LaGrow
By Cody LaGrow
October 16, 2015
The Kardashian-Jenner family has suspended updating their apps in order to focus on the health of Lamar Odom.
SHOW TRANSCRIPT

The Kardashian-Jenner family is speaking out for the first time since Lamar Odom was found unconscious Tuesday in a Nevada brothel.

"As a family, we've decided to hold off on publishing content across our apps while we continue to support and pray for Lamar. Thank you for your kindness and understanding during this difficult time," the Kardashian family said in a statement.

The family flew to Las Vegas to be by Odom's side earlier this week. Khloe Kardashian remains at his bedside.

Odom and Khloe were married for four years before splitting in 2013. While the two signed divorce papers earlier this year, it was never finalized by a judge, leaving Khloe to make medical decisions.

"She does a very good job. You can only do so much. You can't force an addict to get well. ... But ultimately, you must leave and leave with love and kindness, but you can't continue to be a part of someone dying," said Dr. Drew to Anderson Cooper.

As of Thursday night, Odom is still unconscious and in critical condition at a Las Vegas hospital after reportedly taking cocaine and sexual performance enhancers at Dennis Hof's Love Ranch.

Odom's children also released a statement to CNN saying: "Thanks for your outpouring of prayers and support for our dad. We are here with our family and friends. We appreciate everyone respecting our privacy at this time. We ask for your continued prayers."