Kanye's 'The Life Of Pablo' Isn't Finished — What? 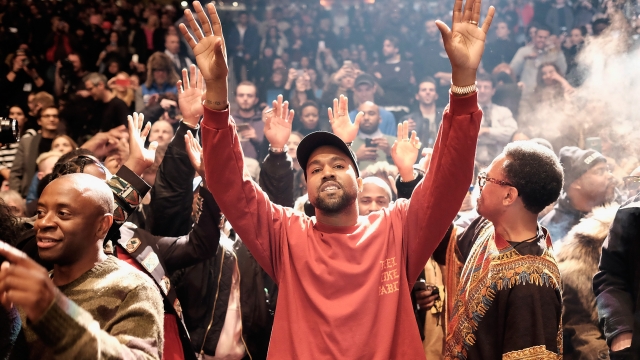 SMS
Kanye's 'The Life Of Pablo' Isn't Finished — What?
By Connor Hickox
By Connor Hickox
March 10, 2016
Kanye West's album "The Life of Pablo" may never be finished, according to these professors.
SHOW TRANSCRIPT

"Part of the artistic process here has been to actually expose what it's like to work on the record. To show the collaboration, to show the changes," Hoberek said.

"Part of Kanye's strategy here is to make the process inseparable from the record itself," Hoberek said.

"We have a Romantic Modernist notion of art in Western culture, that it's a kind of great individual artist who produces something, that thing is coherent and bounded and totally original. It comes out once and it never changes," Hoberek said.

"It's become rote. We expect it that way," Shonekan said.

"Unlike buying a record on iTunes, certainly unlike buying a CD, if you are working with a streaming platform you really do have that ability to make changes as you go and to never really be quite set. He'll announce that he's fixed 'Wolves' and then release another version so that there's no actual fixed, definite sense of what the songs could be or what the tracks could be," Hoberek said.

"As an ethnomusicologist, it's a glorious thing. Like it or not, this is an artist who is changing the way we're all going to think about music and consume it," Shonekan said.

This video includes clips from NBC and Tidal.