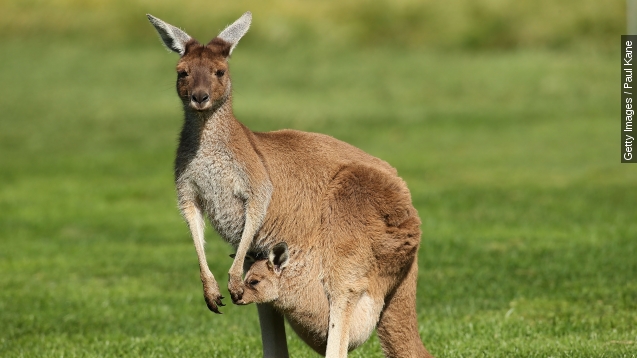 Scientists are saying kangaroos are a bit more gassy than we previously thought.

Now, you might be wondering what led to this discovery. Researchers reportedly put kangaroos in a room, fed them, let them pass gas, and then measured the methane content of the room. Science!

Why did they do this, though? Because, for a long time kangaroos weren't thought to produce much methane at all. (Video via BBC)

In fact, a few years ago some scientists even proposed replacing some of the cattle in our diet with kangaroo, just to cut down on greenhouse emissions. (Video via National Geographic)

Livestock produce about 14.5 percent of greenhouse gas emissions globally. Mostly methane and mostly by belching. And methane is one of the most potent greenhouse gases out there. (Video via Australian Government Department of Agriculture and Water Resrouces)

By replacing cattle with kangaroos, scientists hoped they could slow climate change.

Unfortunately, it seems those scientists were measuring from the wrong end.

Adam Munn, one of the authors of the study, told The Christian Science Monitor, "With kangaroos, most of the methane comes out the back end, not the front end like ... in sheep and cattle." (Video via Discovery)

The study did find that the amount of methane produced by kangaroos is related to how long it takes their food to digest. The less time it takes, the less methane produced.

Based on that, the researchers suggest that the key to lowering livestock emissions might just be breeding cows that digest more quickly.