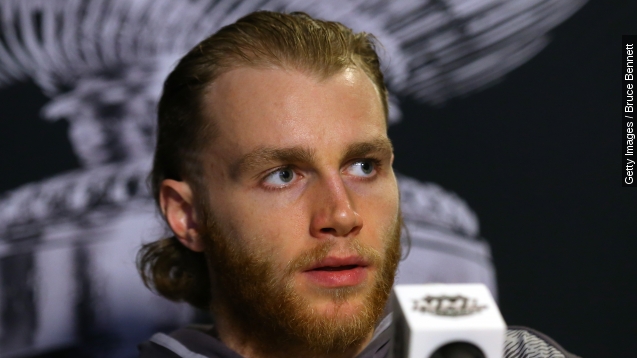 In what is yet another bizarre twist in the sexual assault case involving NHL star Patrick Kane, the attorney for Kane's accuser announced Thursday he's withdrawing from the case for "ethical reasons."

"This evening, information was provided to my office in which established misrepresentations were made to me about the facts concerning the discovery of the rape evidence bag," attorney Thomas Eoannou said during a press conference.

The bag he's referring to is the alleged evidence bag that once contained the accuser's rape kit. The accuser's mother claimed the bag showed up on her doorstep earlier in the week.

"I have never seen an evidence bag outside of a police lab, a prosecutor's office, or a court room," Eoannou said during a press conference Wednesday.

In his announcement, Eoannou said the evidence bag is a real evidence bag, but added he'd lost confidence in how it showed up.