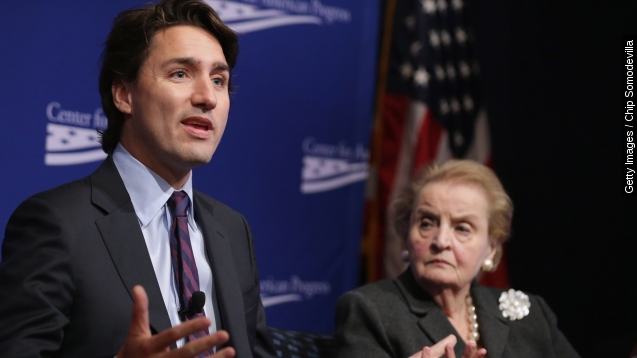 For the first time in nearly a decade, Canada has voted in a new leader.

Because Canada does not have term limits, the conservative incumbent prime minister Stephen Harper held office since 2006.

Trudeau's Liberal party also won a surprise majority, taking 184 of the 338 seats in parliament. The party was in third place in the Canadian House of Commons before the election. (Video via Liberal Party of Canada)