Justin Timberlake Just Hit Us With The Song Of The Summer 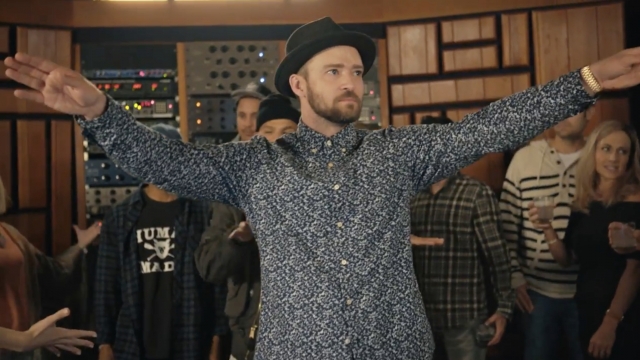 SMS
Justin Timberlake Just Hit Us With The Song Of The Summer
By Cody LaGrow
By Cody LaGrow
May 6, 2016
It's the first release from Timberlake since 2013's "The 20/20 Experience," and fans already want to know when they can expect a new album.
SHOW TRANSCRIPT

Justin Timberlake is back, and he just slapped us in the face with the song of the summer.

JT released "Can't Stop the Feeling" overnight from the soundtrack for the upcoming "Trolls" flick. The music video is filled with his cuttin-a-rug-co-stars from the animated film, including Gwen Stefani, Anna Kendrick and James Corden.

It's the first time we've heard new music from JT since his 2013 release of "The 20/20 Experience." And now, fans are anticipating a new album, and his Instagram has us wondering what to expect and when to expect it.

He's clearly working with friends. Pharrell — who worked on Timberlake's first album, "Justified" — has been spending some Q.T. with JT in the studio. And so has Timbaland, who's been getting his sexy on with Timberlake for every album he's ever done.

It also seems Timberlake's got a girl crush on Little Big Town. The singer may be returning to his Tennessee roots and giving us more of that southern sound — seen here writing with the band.

So, keep crying Justin a river because there is no official word from the Timberlake camp on when we can expect a new album. But when it gets here, we're sure it will be a total knockout.