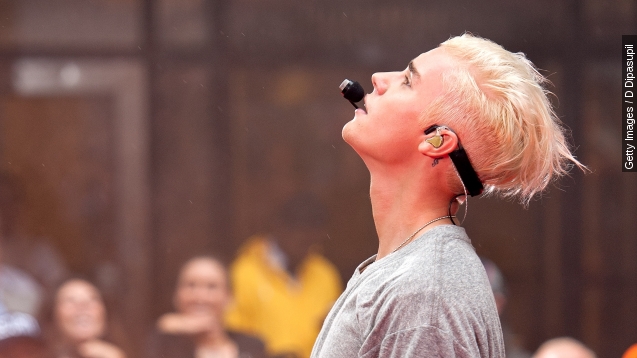 SMS
Justin Bieber Continues His Road To Redemption
By Lexie Hammesfahr
By Lexie Hammesfahr
November 3, 2015
Biebs keeps proving he's serious about his comeback. A judge ruled Monday that the singer be moved from "formal" to "informal" probation.
SHOW TRANSCRIPT

Alert Beliebers everywhere: Justin Bieber is back — and off probation.

Remember that incident when Biebs egged a neighbor's house in 2014?

Bieber was sentenced to formal probation and a court order that included community service, restitution and anger management classes — all of which the singer has completed.

So a judge agreed Monday to change Bieber's probation status from "formal" to "informal."

The 21-year-old's comeback seems to be anything but insincere.

Aside from the Comedy Central roast, an apology and an emotional MTV VMA performance, a quick look at the singer's three new music videos from his upcoming album, "Purpose," tells us everything we need to know.

Lyrics in his two recent singles, "Sorry" and "I'll Show You," talk about his determination to show — uh, someone — he's a changed man.

Whether that someone is his ex, Selena Gomez, or his fans is highly debatable. But we definitely know he's sorry for his past bad-boy antics. (Video via Def Jam Recordings / Justin Bieber)

We hear ya, Biebs, and are welcoming you back with open arms. (Video via Def Jam Recordings / Justin Bieber)