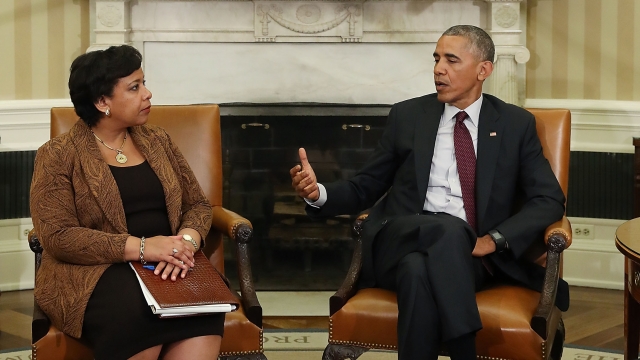 The Justice Department is making it pretty clear: It is very serious about criminal justice reform. This time, it's keeping up its fight against fixed cash bail amounts in state courts.

Fixed bails can make it hard for poor people to pay before their trial, so they end up sitting behind bars until their actual court date. The DOJ said this practice violates the equal protection clause of the Constitution.

In a brief in a federal appeals court, the department said, "Although fixed bail schedules appear to be neutral on their face, the Supreme Court has explained that policies that impose sanctions on only indigent individuals are not neutral in their operation."

The case in question is that of Maurice Walker in Calhoun, Georgia. He was arrested for a misdemeanor and spent days in jail because he couldn't pay the $160 fixed bail set by the city. He sued, and a federal judge ruled in his favor, telling the city to let people arrested on misdemeanor offenses be released on their own recognizance. The city appealed, saying the bail amounts are allowed under Georgia law.

This isn't the first time the department has spoken out against fixed bail amounts, but it is the first time it has done so in a federal appeals court.

The Obama administration has been ramping up its attempt to clean up the criminal justice system for years now. Along with fighting against fixed bail, the president has commuted more people's prison sentences than the previous seven presidents combined. On top of that, the DOJ recently decided to phase out for-profit prisons by not renewing contracts over the next few years.