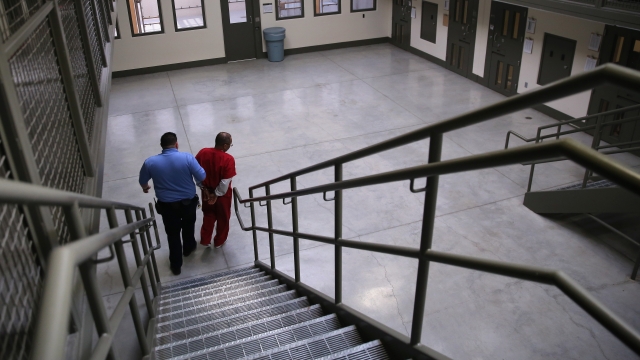 SMS
The Justice Department Plans To Stop Using Private Prisons
By Ben Lawson
By Ben Lawson
August 18, 2016
The U.S. Department of Justice has instructed officials to decline or reduce contracts with those who operate private prisons.
SHOW TRANSCRIPT

The U.S. Department of Justice plans to stop using private prisons, according to a memo obtained by The Washington Post.

The move doesn't mean private prisons will be shut down immediately, but officials are instructed to either decline or significantly reduce their contracts when they come up for renewal.

A recent Justice Department report found that private prisons had higher rates of assault on both inmates and staff and confiscated eight times more contraband cellphones from prisoners.

A study from the University of Wisconsin–Madison also found that inmates in private prisons spend an average of two to three more months behind bars. The study's author raised a concern that they could've been kept longer intentionally so prisons could profit more off each prisoner.

According to the Justice Department memo, private prisons housed almost 30,000 inmates in 2013 or roughly 15 percent of the total prisoners in the U.S.