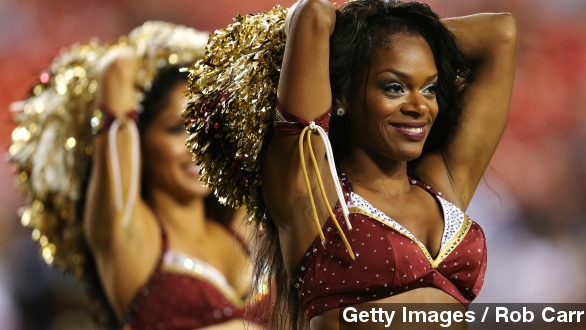 The U.S. Department of Justice filed papers that could be a game-changer in the fight to pull the Washington Redskins' trademarks.

The Redskins name has been a topic of heated debate for several months now. In summer 2014 a group of Native Americans won a lawsuit against the team after claiming the Redskins' name and logo were offensive.

That ruling from the U.S. Patent and Trademark Office agreed the team's trademarks are disparaging. The trademarks were then canceled.

Which wouldn't necessarily mean the team couldn't use the name and logo — just that it lost trademark protection.

But the Redskins' lawyers appealed that ruling, claiming the Lanham Act, the statute cited in the ruling, is unconstitutional because it's overly "vague and ambiguous."

That's where Friday's filing comes into play. It's important to note the Justice Department is not saying whether the team should change its name. Instead, it's defending the constitutionality of the Lanham Act provision named in last summer's lawsuit.

Though it's worth noting Attorney General Eric Holder — who heads the Justice Department —once shared this personal view:

"I think the name ought to be changed. I think it is an offensive name," he told ABC's "This Week" last summer.

In the past, Redskins owner Dan Synder has insisted he won't change the team's name, saying it honors Native Americans.

The National Law Journal reports a pretrial hearing is scheduled for Jan. 15.