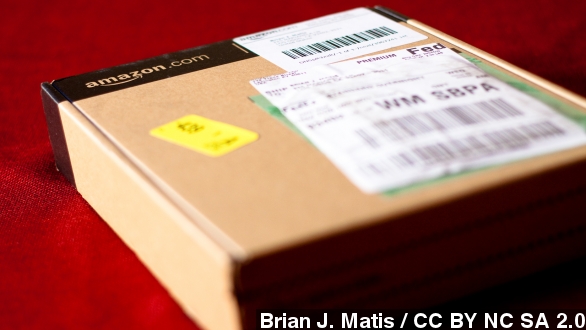 Amazon in March announced it would be bumping up the price of its Amazon Prime service by $20 to $99 a year. Now, in an apparent bid to make the service all the more valuable, the company is offering Prime members unlimited cloud photo storage.

From what we can tell, there aren't any hidden asterisks or fine print. If you subscribe to Amazon Prime, you can snap photo after photo (after photo) of your cat, and they'll all be stored in Amazon's Cloud Drive service, free of charge.

But, as a writer for The Verge reminds us, Amazon's hardly the only photo storage service on the market.

Google offers unlimited storage, Yahoo's Flickr gives its users 1TB of free storage, Facebook will gladly hold on to all your photos and we can't forget services like Dropbox.

Still, as TechCrunch reports, some of those services come with a few stipulations. Google will store your photos for free, but only at a "standard size." Facebook automatically uploads low-res photos, unless you ask it not to, and Dropbox, of course, charges a subscription fee to add more storage space.

If we look at all the services strictly as photo storage offerings, Amazon looks a bit pricy at about $8.25 a month. But considering the service also gets you access to movies, music, ebooks and free two-day shipping, it starts to look pretty valuable.

Especially now that Amazon has begun to extend Prime's free shipping perks to other online stores.

We think Gizmodo hit the nail on the head with this observation: "Amazon wants to be the source for your every retail desire. If you want to buy something, Amazon wants to sell it to you. And giving stuff away is Amazon's way of making that transaction happen. Amazon is selling you the deal you'd be crazy not to buy into, and that's how it keeps you close."

And for a company that's pretty well known for its web services, the move makes all kinds of sense. Raising subscription prices will never be a popular decision, so how does a company appease its customers? (Video via Amazon)

By adding new benefits as part of the subscription, of course. And since Amazon already offers cloud services, it wouldn't be too difficult a decision to let Prime Members store their photos there.

You can check out Amazon's new service on its Prime Photos page.