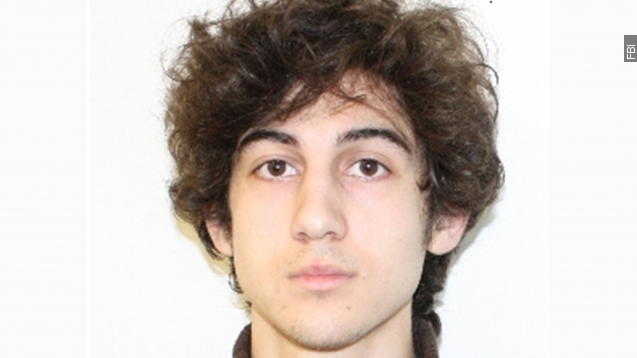 A jury has given convicted Boston Marathon bomber Dzhokhar Tsarnaev the death penalty.

This same jury convicted Dzhokhar Tsarnaev last month on all 30 federal counts brought against him, many of which made him eligible for the death penalty. (Video via WHDH)

Dzhokhar and his older brother, Tamerlan Tsarnaev, set off two explosives near the finish line of the Boston Marathon in 2013, killing three people and injuring more than 260 others. Prosecutors say the brothers also killed an MIT police officer, and Tamerlan died while fleeing police before officers arrested his brother. (Video via The Boston Globe, ABC)

Throughout the trial, defense attorneys acknowledged Dzhokhar helped plant the bombs but said Tamerlan was the true mastermind behind the attack. (Video via CBS)

Dzhokhar's attorney, Judy Clarke, told jurors during closing arguments: "If not for Tamerlan, this wouldn't have happened. Dzhokhar would never have done this but for Tamerlan."

Prosecutors rejected that claim, telling the jury, "Tamerlan Tsarnaev was not the defendant's master. They were brothers in arms."

There were 17 charges that made Dzhokhar Tsarnaev eligible for the death penalty. Handing down that sentence required a unanimous decision from the jury.