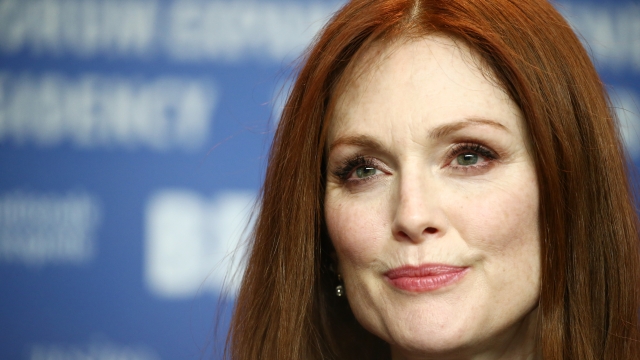 By Cody LaGrow
April 12, 2016
Women in the U.S. are more likely to be killed with guns than women in other developed nations, a fact the actress calls "an abomination."
SHOW TRANSCRIPT

Julianne Moore is so upset about America's gun laws and wants to remind women that this is their issue, too.

The actress sounded off in Lena Dunham's Lenny Letter on Tuesday in hopes that her message would resonate with the newsletter's female-dominated audience.

Moore wrote, "Women in the United States are 11 times more likely to be murdered with a gun than women in any other developed nation. More than half are killed by a boyfriend, husband, or someone else in her family. ...That is an abomination."

Moore then encouraged women to join Everytown for Gun Safety — an organization that calls for change in gun laws to prevent domestic violence, gun trafficking and deaths. She appeared in a promotional video for Everytown in December.

The Oscar-winning actress revealed she decided to take her head out of the sand when 20 children and six adults were killed in the 2012 Sandy Hook Elementary School shooting. Moore said, "It's time for common sense solutions."

This video includes clips from Sony Pictures Entertainment and images from Getty Images.