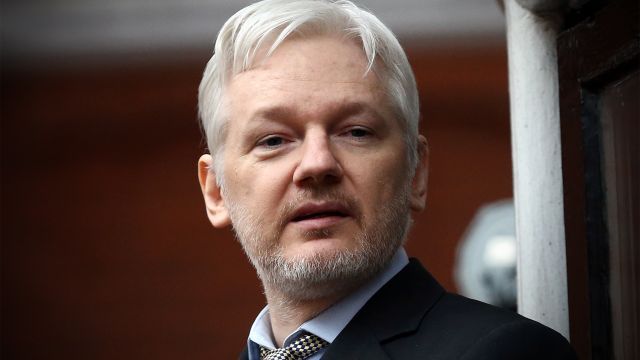 SMS
Julian Assange Will Be Questioned Over A Rape Allegation From 2010
By Lindsey Pulse
By Lindsey Pulse
November 7, 2016
Assange fled Sweden in 2012 and has been holed up in the Ecuadorian Embassy since then.
SHOW TRANSCRIPT

The allegations reportedly surfaced in 2010. Though he denies the claims, Assange fled Sweden. He's been living in the Ecuadorian Embassy in London since 2012.

A sexual assault case has since been dropped as the statute of limitations was met.

Assange was given asylum after he expressed concern that Sweden would extradite him to the U.S. over leaked U.S. military documents.

Assange is reportedly looking forward to the meeting with Swedish authorities. His lawyer claims they've requested the interview for years as it will give him a "chance to clear his name."

The meeting will take place at the Ecuadorian Embassy in London on Nov. 14.